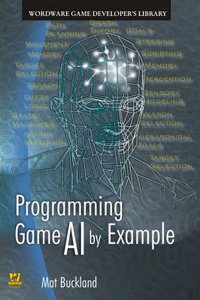 But its example sources are written in C++, use Windows libraries and are designed for Visual Studio 2006 and VS 2008. It was very complicated for me to force them to compile in VS 2010 (Express edition). I had to repair some source code, set up VS 2010 (set include and library directories), download and compile new version of luabind etc.
At the end I succeded to setup it – but it is impossible to do it under Linux!

And because I prefere Linux to Windows (no surprise, right?) and Java to C++, I decided to rewrite all examples from C++ to Java. Other reason to do it was that It helped me to practice Java (I am new in Java programming) and it also helped me to understand better all the examples from the book.

Now I decided to provide all my Java source to the world. I hope it could help other people struggling with the C++ source, and Linux (or MAC) users. I also hope to becomme famous all over the world, so don't forget to like my facebook page (a way how you can say thank you :-).

Subscribe, if you want to be notified about all updates: